A few weeks back, Dr. Ryan Eggers, a surgery specialist at Reno Orthopedic Clinic, noticed a trend among surgeons: their masks were being rationed. 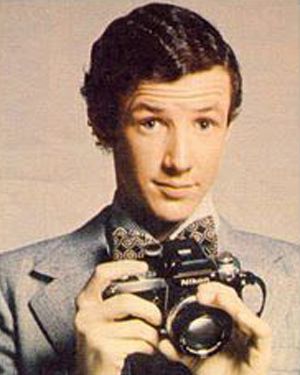 RENO, Nev. — At the time, the coronavirus pandemic had just reared its ugly head in Northern Nevada and positive cases were beginning to climb — quickly. As a result, within the healthcare system, there was mounting concern that there would be a local PPE shortage.

“My mind first jumped to: what can we do that’s reusable in a safe way?” Dr. Eggers said in video interview with the NNBW. “What can we do to have longer-term, personal protective equipment so that we can mitigate the shortages that are probably going to occur?”

Soon after, Dr. Eggers discovered that Orthopaedic Implant Company (OIC), a Reno-based medical device manufacturer, was exploring a way to help out healthcare workers on the front lines with the use of its 3D printer.

With that, in mid-March, Dr. Eggers, who also has an engineering background, teamed up with OIC on a PPE project.

“Dr. Eggers and our engineers got together and said, hey, I think we can do this better and more economically,” Itai Nemovicher, president and CEO of OIC, told the NNBW. “And solve — at least on the local level — some of the pain points that our practitioners and clinicians were having as far as getting N95 masks.”

For roughly four weeks, Nemovicher said the company devoted about 25% of its time to the project, with two of its engineers working full-time on it.

A handful of iterations and field tests later, OIC finished its project: a 3D-printable, reusable mask. The company, which registered the product with the National Institutes of Health (NIH), has produced and distributed about 15 masks that are being used by local healthcare workers, Nemovicher said.

“We’re just happy that we’re able to contribute as a company on the scale that we were able to, given the resources that were available,” Nemovicher said.

He noted that OIC is sharing the design file and assembly instructions at no cost to anyone interested in printing the mask (bit.ly/2X8tGji).

“Our 3D printer is used for prototypes, not for mass production,” Nemovicher explained. “But we wanted to make something that people could make with a hobby printer that didn’t require special machinery that could be used with off-the-shelf materials that were readily available.”

The tutorial for the mask on the NIH website shows how to make the high-filtration mask from blue surgical tray material called Halyard H600.

Dr. Eggers said the product fits like a N95 mask, with a wide strap that “doesn’t pinch or rub.” He added that the mask can be cleaned by wiping the outside surface and filter housing with a disinfectant wipe or medical-grade sanitizer.

“It fits great, it breathes really well, and it’s safe and effective,” said Dr. Eggers, who expects he will be wearing his reusable mask for the foreseeable future. “The length of time that you’re wearing it in any given setting is going to be extended because of these in-facility requirements. So, the need to have an actual reusable, cleanable, durable mask is, I think, here to stay for at least the next few months.”

The company was developed to help reduce the cost of care for orthopedic procedures. In doing so, the company manufactures low-cost hardware — screws, plates, nails — for use by orthopedic surgeons.

Nemovicher said OIC has grown at a steady clip, with an average of 28% year-over-year increase in revenue since its startup days in 2010. The company has a total of 14 employees, including two new hires.

“We’ve been constantly growing and growing,” Nemovicher said. “Even amongst this COVID crisis, we’re in the business of providing implants for people who hurt themselves.”

OIC has a total of 21 FDA-approved products used in 20 states. According to the company, it provides an average savings of 53% over conventional implants vendors.

What’s more, OIC has donated more than $750,000 worth of implants to third-world missions, the company says.

previous
How Big is Too Big?Mending Mishaps: A Trauma Technology Overview
next
See our implants