The Medical Device Rep Did What?

If you work at a hospital or ASC and are involved with orthopaedics on any level, you have a strong opinion about sales reps. Good or bad, you have your two cents. 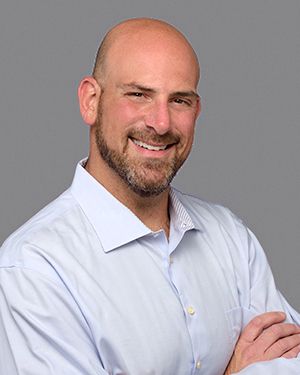 If you work at a hospital or ASC and are involved with orthopaedics on any level, you have a strong opinion about sales reps. Good or bad, you have your two cents. To an administrator, the sales rep is the face of the vendor they have been battling with for years on the cost of the implants. To some scrub techs, the ever-present sales rep in the operating room seems redundant, while others feel their jobs are made so much easier when the rep is there. And finding the lost screwdriver handle or oddly-sized forceps in the black hole of Central Sterile Processing? Who better than the sales rep, right? And last, but certainly not least, the surgeon. The relationship between surgeon and sales rep has grown far stronger than anyone would have imagined when these reps started showing up to cases. But before we shed some light on the lengths some sales reps go to secure their sales, it’s worth taking up some real estate below to understand how and why sales reps have woven themselves into the fabric of the care continuum.

Until the late 1980s, orthopaedic implant reps had a conventional job description as far as salespeople go. With a defined territory, a rep had a list of accounts to grow and prospects to land. Make your calls, schedule your meetings, close deals. Reps only entered clinical areas of a hospital for new product demonstrations and staff training. By the nineties, some meaningful innovations were occurring in the orthopaedic implant space. New implant systems offered many options which meant more instrumentation and greater implant selection and inventory. At the same time, hospitals began feeling a fiscal pinch, as cost-plus insurance contracts began disappearing. However short-sighted, the low hanging fruit in cutting costs is employees. So, they began paying people less and cutting back on staff. Faced with an under- or mis-staffed hospital, the rep had no choice but to step in and make things work smoothly on all fronts. In general, hospitals welcomed the help, having no idea about the quagmire they were creating. From providing technique insight in the OR to supply chain and logistics, the rep has become omnipresent. They have infiltrated hospitals so well that facilities have had to turn to third party credentialing services to manage rep access. There are so many reps that most hospitals make them wear a brightly colored head covering so employees know who they are. Given the saturation, the game for reps is largely defense and paranoia at this point. If they don’t show up for the most mundane and simple cases, their competitors will swoop in like vultures.

If it stopped there, the situation might be dubiously acceptable. However, in an effort to please surgeons, the limit for many surgeons and their reps knows no boundaries. In this light, we laced up our sneakers and hit the beat to find out just how far things have spun out of control.

“Yeah, I painted his fence.”, said a real-life rep about his real-life surgeon “customer”. “He asked me for help painting his fence, so I spent the weekend doing it with him. Yeah, I did that.”

“I’ve put a swing set together for a surgeon’s kids.”, said another rep. “He straight up asked me to help him do it, so I did it. Then we went skiing together.”

“I didn’t recognize two gentlemen in my now son-in-law’s bridal party – he happens to be a total joint surgeon. He and my daughter had a small wedding, so I was a bit surprised by this. I asked him who they were and he plainly said they were his sales reps at the hospital. I thought it was the strangest thing.” This was said directly to one of our VPs at a family holiday party.

That’s where it has gone, folks. Wedding parties and home improvements. We’ve passed a lot of legislation in this country to require industry to divulge how monies move between vendors and surgeons/facilities, but it seems like we’ve really missed the mark on capturing some incredibly compromising and conflicting relationships that stand in the way of objective decision making.

We are coming up on a new year. It’s time to rethink the future. Rethink possibilities. Rethink healthcare! From all of us at OIC, we wish our families, friends, customers and supporters a warm and joyous holiday season.